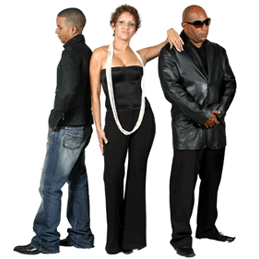 Bamboleo, formed in Cuba in 1995 and one of the biggest bands with lovers of Cuban music ever since, are finally making their UK live debut, courtesy of the UK’s major promoter of Latin music, Como No. Back in March Como No brought Los Van Van to London for a stupendous night of Cuban-style bump and grind and Bamboleo’s mix of Salsa, Timba and Reggaeton at the HMV Forum promises similar musical thrills both from the stage and on the dancefloor. Plus, London’s top Cuban music DJs, Javier La Rosa, Dr Jim and DJ Rich, play for the dancers until 2am.

At home Bamboleo are one of the hottest exponents of Timba (a Latin musical style, born in Cuba, with a frantic funk groove provided by full drum kit and influenced by soul, jazz and Puerto Rican rhythms bomba and plena) but their effect also extends to clothing and fashion as well as the funkiest Bamboleo-trademarked dance moves.

Bamboleo is led by arranger, songwriter and pianist, Lazaro Valdes who has provided the band with a steady stream of hits since their inception such as La Que Manda and
La Dormadura/ El Animal medley culminating in what could be called the unique ‘Bamboleo Sound” and a reputation for musical innovation.

In this, the 50th year since the Cuban Revolution, the HMV Forum will experience its musical fruit as provided by children of the revolution (and we’re not talking T Rex). As a live performance, and dancefloor phenomenon, Cuban music has swept all before it in the UK over the past few years.  Bamboleo, as one of the genre’s hottest exponents, will undoubtedly prove that they remain one nation under a groove.