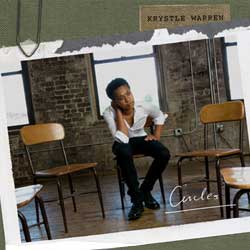 Krystle Warren LIVE @ ONE SHOT NOT

“… Warren’s talents are extraordinary. She has an octave-hopping voice that glides between languid and urgent, and music that hovers between funk, folk and jazz, between Jeff Buckley and Nina Simone ….. she’s the real deal.” The Observer

“..Warren’s thrilling debut album fully lives up to expectations….it’s all uncontrived and near faultless really, .” Uncut

KW has an emotional intensity few can match, soul baring, chest beating and fragile – it’s all in there. The songs range from full on complex arrangements to just her and her instrument, either way this girl is in for the long haul. A star is born! BluesandSoul.com

There is no Krystle Warren-shaped pigeon-hole, she being equally at home at the London Jazz Festival’s “Jazz Voice” evening at the Barbican alongside the likes of Kurt Elling and Natalie Merchant; supporting country singer Diana Jones at Union Chapel; touring with the high priests of vocal play Naturally 7; or appearing alongside Green Gartside, Lisa Hannigan, Teddy Thompson, Robyn Hitchcock, Scott Matthews and Vashti Bunyan on the Way To Blue – The Songs of Nick Drake tour:

“Krystle Warren’s voice reworks Time Has Told Me as grippingly raw, gospel-influenced Southern soul, a transformation so complete it even seems to surprise her fellow performers.” The Guardian
“Time Has Told Me sung by Krystle Warren was a revelation….she imbued it with a totally new vision and her soulful and deeper tones were simply perfect.” music-news.com

“…Warren’s treatment of Time Has Told Me as a straightforward soul ballad exposed the twists of Drake’s songwriting and his compositional similarities to Nina Simone brilliantly, completely stunning the crowd.” theartsdesk.com

Next up, Camden’s Jazz Café on 8th February for HMV’s Next Big Thing event (alongside Rox and Andrea Triana).

Krystle Warren the person is not vaguely theatrical but Krystle live owns the stage as she loses herself in the moment applying her extraordinary vocal talent to her own songs and to any others that take her fancy. Her four solo sessions (with surprise guests) at Soho Theatre promise to be events that will be held in the heart for years to come.

Krystle Warren hails from Kansas City and learned to play the guitar by listening to Rubber Soul and Revolver. Her tastes range from Rufus Wainwright to Betty Carter, Willie Nelson to Nina Simone and she’s toured the US with Martha Wainwright, Zap Mama, Rodrigo & Gabriela and Erykah Badu. Krystle is signed to Because Music, the label that brought you Amadou & Mariam and Manu Chao.