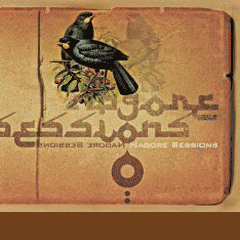 Nagore Sessions is an expansive, joyous collection of world music ranging from the down-tempo, atmospheric spirituality of ‘Bagdad Guru’ through to the uninhibited euphoria of ‘Mahane Mohabbat’. A truly enchanting portrayal of Sufi with universal appeal.

Nagore Sessions is an eclectic fusion of three dargah singers from Nagapattinam in Tamil Nadu, India. A dargah is a Sufi shrine built over the grave of a revered religious figure, often a Sufi saint and the music within is usually only heard in the context of an important religious or social setting. However, after discovering and recording the vocals of Abdul Ghani, Ajah Maideen and Saburmaideen Babha Sabeer for EarthSync’s recent ‘Laya Project’, EarthSync’s Sonya Mazumdar had this to say:

“It is with great pride that we release Nagore Sessions, a unique and harmonious collaboration of music signatures from different regions. The dargah singers initially worked with us on ‘Laya Project’ and we felt that their music deserves an exclusive and international platform. Other elements like western, middle-eastern and North Indian instruments collaborate to create an album deeply enriched by the diversity of the different artists. We are certain that music-lovers will enjoy this album.”

The album also features a select line-up of well-known guest artists, including Zohar Fresco on Middle Eastern percussion, horns by Monks from the Tashi Lhunpo Monastery, sarangi by maestro Murad Ali Khan, Rhodes and programming by Patrick Sebag of Kartick and Gotam, harmonium by Palakkad Sreeram and bass by David Saban.

EarthSync is known for nurturing folk, tribal and native music. And through their high-end recording studio in Chennai, EarthSync has been giving a musical platform to unique performers who would normally slip under the radar.

‘A motley blend of earthy sounds’

‘Music so universal that it wouldn’t be out of place at a dargah or at a lounge bar. This unique appeal is what makes this fusion album a must’

Expresso – The New Indian Express, April 2009 “Best of both worlds”