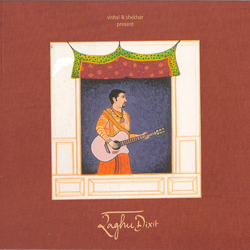 Raghu Dixit has fast become a shining beacon in the burgeoning Indian independent music scene. Raghu’s debut self-titled album was released through Vishal and Shekhar Music in 2008 and went on to become India’s highest selling non-film music release last year – with most of these sales being made at concerts rather than off the shelf.

On March 13th next, Raghu will be performing to over 150,000 fans in an open-air concert in his hometown of Bangalore. Another small landmark in Indian history is that Raghu’s band, The Raghu Dixit Project, is the first and only group to have performed a concert inside an Indian jail. Raghu’s reaction to local press reiterating this feat: “I’ve never been an activist. I’ve never done protest songs. I sing happy songs. I just want to try and make them (inmates) forget where they are, if for only one day”. This humble nature has won the hearts of legions of fans back home.

Raghu’s Brahmin background would usually lead to a life as a scholar, teacher or Hindu priest. Although initially educated as a mathematician with a Masters in Microbiology from the prestigious University of Mysore, music was always where Raghu’s heart lay. It was a bold and enlightened decision to give up this scholarly path in a quest to become India’s most successful folk fusion artist, for which he has now become recognised.

Although his family had always been avidly against Raghu learning, and subsequently mastering, the guitar due to a traditional belief that guitars are associated with Christianity, music was always at the very core of his upbringing. Before life as a contemporary musician, Raghu had become a Vidwat master in Bharatanatyam, one of the more popular ancient classical Indian dance disciplines. This art form has clearly influenced the music and stage show that The Raghu Dixit Project performs today.

Despite shying away from the popular sound of Bollywood, Raghu has always managed to capture the hearts and imagination of the population with his direct yet inimitable brand of music. With a towering voice fronting traditional Indian folk music, subtly infused with elements of Western Rock, Arabic, Latino and Reggae textures and rhythms, Raghu’s music transcends borders. His lyrics, though intense, are direct and speak about everyday themes, emotions and experiences making his songs truly universal.

Raghu has always said that it is his country, the Indian people, the colours, fragrances, food and languages that have helped to influence and shape his music. This influence can be seen on stage with the band adorning colourful Lungis (sarongs), anklets and beads. With over 300 shows under their belt, the band has become an explosive live act bringing an entirely new genre to the forefront of the Indian music community.

The band has played at The Sage Gateshead, and the Womad and Lovebox festivals in the UK, the Jeonju Sori Music Festival in Korea, for RTHK (Radio Television Hong Kong), at KalaUtsav in Singapore, at the Namaste India festival in Tokyo, Japan and at the Royal Philharmonia in Vladivostok, Russia.

May 13th – The Great Escape, Brighton