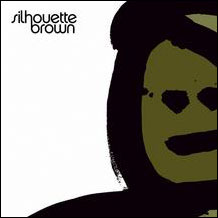 “A stunning album from two of the UK’s finest purveyors of neo soul, Dego and Kaidi. Miss this at your peril.” Blues & Soul

“a minimalistic electronic soul excursion with free flowing vocals that inevitably insinuates itself into your consciousness.” Straight No Chaser

As we kick off 2005, Ether Records is one year old. After a successful 12 months which included the massive ‘Gilles Peterson in Brazil’ double album, the new year opens with new vibrations – not so much a change in direction as a shift up through the gears.

Silhouette Brown features two of the leading lights of the hugely exciting London broken beat scene and with this album the standard has been raised to a whole new level. More melodic, more sexy, more poised. Each play will offer you a deeper interpretation of a seemingly unostentatious approach to music. In truth, this record is riddled with diverse layers of sound and complexity. Subtle perhaps, intoxicating for sure.

Shapeshifters Dego MacFarlane and Kaidi Tatham pushed the outer limits of musical form to create, co-write and co-produce the concept of Silhouette Brown. Amazingly enough, after over 15 years producing some of the most influential electronic music, this is the first full vocal album that Dego has ever produced.

Kaidi Tatham (keyboards, percussion, drums, arrangements and production) was a founding member of the Bugz in the Attic collective who are widely regarded as the premier broken beat collective and are currently storming the charts with their release on V2.

Dego MacFarlane (keyboards, percussion, lyrics, arrangements and production) set up Reinforced Records in 1989 and the pioneering 2000black label as well as being one half of the hugely successful and critically acclaimed, Mercury nominated and Mobo-winner Talkin’ Loud group, 4 Hero and numerous other outfits.

Deborah Jordan (lead vocals, lyrics) is one of the hidden gems of the London jazz scene. A spectacular voice, Deborah was plucked from relative obscurity by Dego whilst doing backing vocals for Bembe Segue.

Bembe Segue (backing vocals, lyrics) returns the favour on this album with her unique tones and irresistible harmonies.

Silhouette Brown are already being tipped by Gilles Peterson as both an act and an album to watch closely for in 2005. Indeed, the globe trotting DJ is so keen that he is already playing white label pre-masters of a couple of cuts from the forthcoming album regularly on his influential BBC Radio 1 ‘Worldwide’ show.

Silhouette Brown is a mightily assured album and as one would expect from its participants, full of energy, soul, and funky beats. Broken beats – never predictable, always on time …

Download a PDF of the IDJ Magazine review here.