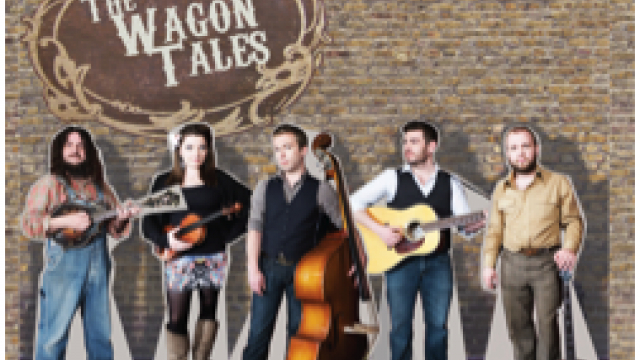 The Wagon Tales – Introducing – Out Now 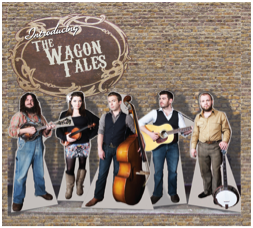 “The bluegrass revival continues, with this entertainingly original, energetic debut set …”
The Guardian ****

“The Wagon Tales are a group of seriously accomplished musicians who have taken time out from their other musical activities – which are multifarious and high-flying – to make a notable contribution to the Bluegrass scene. There is, after all, nothing quite like the raw passion of young , talented musicians getting completely stuck into music which excites them right to the guts.” – UK Bluegrass Magazine

‘A band that is both joyful and skilful’ – Lonesome Highway

‘You can sense the enjoyment coming out in each and every song. This is bluegrass to get the feet tappin’ or break your heart’ – Fatea Magazine

The Wagon Tales have in the past year become one of London and the UK’s most talked about acoustic groups. Although using traditional Bluegrass instrumentation and inspired by the likes of Bill Monroe, Emmylou Harris and the Stanley Brothers, The Wagon Tales’ songs are based on personal experiences such as Ben Somers’ “Treading Water” or Lewis Cohen’s “Carry That Load”; the sounds of “Slowly Slowly” and “Home Again” are influenced by their involvement in the commercial music world. They are amongst the new wave of acts drawing on the roots of traditional American folk music and they have most recently been compared to bands such as The SteelDrivers, The Punch Brothers, The Deadly Gentlemen, Crooked Still and Mumford & Sons.

In the last two years The Wagon Tales have gone from strength to strength. They’ve toured Sweden thanks to Sweden’s American Folk Music Association; played Glastonbury, the Big Chill, Bestival; backed American singer/songwriter Krystle Warren (solo artist and member of Rufus Wainwright’s group); headlined the largest Bluegrass festivals in the UK such as Didmarten, Cornwall and Orwell; played sessions on numerous BBC and commercial radio stations and have been actively trying to popularise Bluegrass and contemporary roots music in London where they are based.

The Wagon Tales formed in 2007 when founding members Ben Somers and Joe Auckland were living in a shared house of jazz musicians in north London. Ben’s father, (Steve Somers) would come to the house where he and Ben would play country songs and sing in harmony. Being an open-minded bunch the other musicians became interested in the music and began learning the repertoire whilst all playing their second instruments, Ben having been primarily a sax player and Joe a trumpet player. Joe soon got hold of a banjo and the other jazz musicians slowly dropped by the wayside. Joe and Ben became more and more serious about the music developing not only a vast knowledge of the repertoire but also their skills on the double bass and banjo. Kate Robinson found them through another jazz related connection although she was and still is a serious classical violinist in her own right playing regularly with the English Chamber Orchestra. Keeping with the cultural traditions of the music the group has always been active on the festival and jam session or “picking scene” which is how they met their mandolinist Joe Hymas, a very well known and memorable character on the Bluegrass circuit. Finally after a few short spells with different guitarists they found one of the linchpins of the band, Lewis Cohen. Lewis is seriously accomplished and respected on the acoustic blues scene in the UK and Europe, his voice and playing style have become an irreplaceable part of The Wagon Tales’ sound.