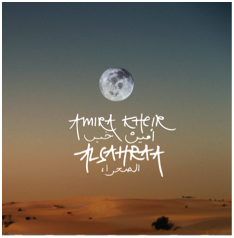 “it (Amira’s debut album) is both beautiful and fearless.” Songlines
“charming performer who’s captured her live acoustic sound well … comfortable with both high drama and intimate balladry.” The Independent


Following the release of her critically acclaimed first album ‘View From Somewhere’ (2011), Sudanese-Italian singer Amira Kheir is back to launch her highly anticipated second album ‘Alsahraa’ (Contro Cultura Music/ Sterns) at Rich Mix on the 20th of February. A stunning set of minimalism and experimentation, Amira takes her opening statement made in ‘View From Somewhere’ even further – exploring Sudanese tradition through a jazz articulation, touches of blues and a lot of soul. With refined fluency in improvisation and through electric conversations with her long standing band of virtuosos featuring guitarist Camilo Menjura, double bassist Michele Montolli, drummer Leandro Mancini and special guests and long time collaborators oud player Nadir Ramzy, trumpet player James MacKay, Nay player Kalia Baklizanaki and Senegalese singer Abdoulaye Samb, Amira takes her mission to bold new heights with this second album. With ‘Alsahraa’, Amira reveals a distinctive vocal character, with great prowess and ability to navigate with fluidity the partitions between jazz, soul and traditional Sudanese repertoire. Recorded live with the intention of capturing the magic of Amira and her band’s live performance, this defining album is a true arrival point for this young artist and invites the listener to be overwhelmed in the barren landscape of the desert and to discover the fruits of alchemy between these young musicians.

Amira has continued to develop and refine her unique interpretation of the Sudanese tradition. This she achieves by combining it with original material in a contemporary acoustic setting, and while on Alsahraa she confines herself to just two languages, Arabic and Italian, her voice explores this repertoire with the ease and passion that only a true tri-lingual singer can. Born in Italy of Sudanese parents, Amira has now made London her home.

Rather in the spirit of the album’s title, “the desert”, her sound is clear and ascetic, and recorded in the acoustically beautiful space of the Union Chapel, London, it is a true and honest reflection of Amira’s own compelling live performances.

On Alsahraa Amira draws inspiration from Sudanese spirituals, re-interprets traditional repertoire and folkloric pieces, and adds flavour and influence from her roots to her own compositions which make up the majority of the album. Her compositions showcase her versatility as a songwriter as well as her growth as a performer through songs such as ‘Ya Gadir’ (Powerful One) an earthy percussion led spiritual setting the tone for the album; the enchanting and ethereal seminal piece ‘Alsahraa’ (The Desert); ‘Habibi Ta’al’ (Come to me, my love) a dramatic and fiery re-arrangement of a popular tale of impossible love; the polyrhythmic and invigorating feminist manifesto ‘Ya Mara’ (Woman); an hypnotic and cinematic ‘Luna’ (Moon) where the relationship between vocals and bass sets the mood for an alluring and spontaneous improvisation; the explosively euphoric percussion led traditional piece ‘Sera’ where Amira showcases her vocal leading abilities; the uplifting ‘Kasr Almiraya’ (The shattering mirror) a groovy blues and Amira’s most daring vocal performance; the beautiful and poetic ‘Fil teyf’ an oud and voice rendition where Amira pays tribute to one of the great Sudanese songwriters of the Haqeeba tradition and the haunting ‘Khallooni’ (Let Me Be), the album’s chilling closing statement. Hypnotic, assertive, spiritual, defiant; Amira’s second album ‘Alsahraa’ is emblem that at the creative crossroads lies a possibility, incumbent upon artists, to colour outside the lines.

Relaxed yet alert and articulate, Amira is no stranger to the BBC and other broadcasters’ studios, nor indeed, to some of the world’s most prestigious stages and festivals including the Queen Elizabeth Hall in London, and the Festival Of The Desert in Mali. Her music might be set in the wide open spaces of Alsahraa, but its impact is intimate and personal. 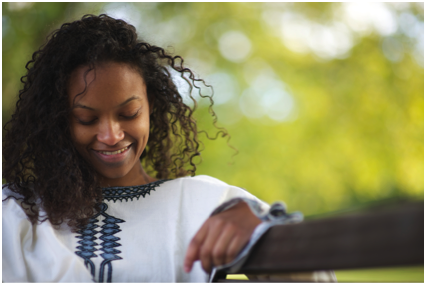