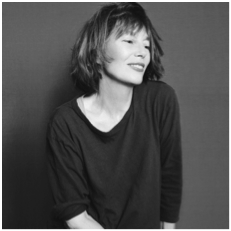 The Cadogan Hall show is now sold out. Bad news for fans who miss out, but the good news is that the iconic chanteuse and actress returns on Saturday 9th November to perform her Arabesque album at Barbican Hall. Tickets are on sale now. Please scroll down for details*

"Why do another tour, another concert?

Well, when it was going to be conventional, I too wondered why I was singing Serge again, even if it was celebrating the 20 years after Serge’s death, even if it was a very personal 40 years since "Melody Nelson" but what did I have to offer … I’d done it all before, Serge in pop, arabesque, classic quator, 14 musicians, 6 musicians, a harp, a squeeze box, violins … this year others have started. Their "Serge" was a new point of view, their interpretations… so I started contemplating, putting it all off …

Then there was the Japanese disaster … of unbelievable horror, earthquake, tsunami, and then the ghastly news of the nuclear horror, the like of which we had never witnessed … the images …the gigantic waves pounding down, the cars trying to escape, the people running, the dignified faces of poor parents looking for their children, the numbers of dead and missing mounting, the terrifying views, over and over, the great wave, the fuming nuclear centres … what to do ? I have known these people for forty years… "go there" I thought… tell them that back home folk are thinking of them, but get there, "and do what ?" what can I do ?….the only thing I can do… a concert …

So this is the immediate result of that concert, Sachiko had fixed up the best Japanese group of musicians in four days! "I’m coming to Tokyo" we were Friday, by Monday I was there…When Gluzman asked if I wanted to do the concerts for Serge in America … I said "yes, BUT with these Japanese musicians.
I had found my reason …

Here we come… Serge Gainsbourg and Jane via Japan"

Iconic chanteuse and actress Jane Birkin appears at the Barbican for one night only to perform repertoire created for her by her late partner Serge Gainsbourg. In Arabesque, Gainsbourg’s classic songs are reinterpreted by Birkin with an Arabic music flavour, combined with shades of Andalusia and a touch of the Orient.

Marking the tenth anniversary of the album release on EMI and her sold-out Barbican performance in 2003, Jane Birkin’s Arabesque remains one of the bravest and most successful reinventions of the legendary French singer-songwriter’s oeuvre.

Jane is joined on this journey into Maghreb rhythms and Eastern harmonies by Djamel Benyelles, virtuoso violinist and collaborator with Chebs Khaled and Mami, and his band Djam & Fam. Explaining her desire to continue to reinvent Gainsbourg’s work, Jane says, ‘The poets do not die if one carries their words.’

Produced by the Barbican in association with Como No