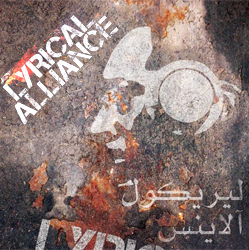 Lyrical Alliance is collaboration between leading hip hop artists from the Arab world alongside the cream of European hip hop with featured artists from the UK and US headline act Talib Kweli. 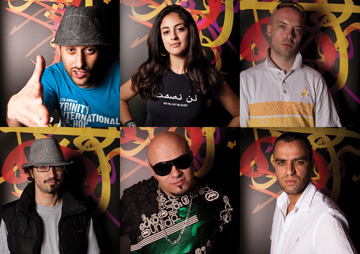 Hosted by UK hip hop lynchpin DJ MK (KISS FM, Roots Manuva, Dizzee Rascal), Lyrical Alliance is a ground-breaking, international urban music event that transcends language and cultural barriers to celebrate the common pillars of hip hop all over the world: the beat and the word.

The artists will be developing new work together in a series of live sessions and workshops throughout the year that will reach a climax with a series of major concerts in Europe in Autumn 2010. The nights take the classical Arabic Mu’Allaqat poems as a starting point and builds on these to bring an event which will link into hip hop’s metrical and rhythmic roots as never before.

Topping the bill will be major US star Talib Kweli. Ever since emerging alongside Mos Def as a member of Black Star in the late 90s, Talib Kweli is one of the few artists making commercially viable music that matters – hard hitting and able simultaneously to educate and entertain, his socially conscious brand of rap counts Jay-Z and 50 Cent amongst its biggest fans. His 6th album Ear Drum was released in May this year on his own label Blacksmith Music.

Talib Kweli will be joined by members of the Lyrical Alliance posse for a momentous finale to this righteous and inspirational hip hop collaboration.

For more info on the Arabic Series visit www.dasharts.org.uk

Series launched: May 18th 2010 with Babel (words) at Sadler’s Wells