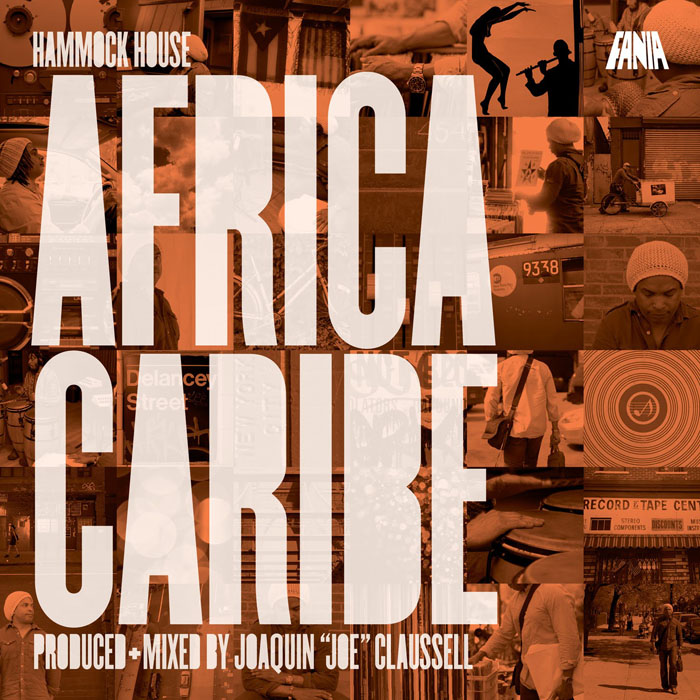 FANIA gives Joe Claussell access to their back catalogue. The result is a stunning two-disc album; the first featuring fresh re-workings of classic Fania tracks, while the second is a live continuous mix.

Fania Records announced today the release of a deluxe 2-disc set entitled, Hammock House ‘Africa Caribe’ produced and mixed by the legendary Joaquin “Joe” Claussell. The project is a perfect marriage between old and new, a fresh take on classic sounds from the Fania archives. Late in 2010, Fania Records hand delivered the original multi-track recording tapes in a battered cardboard box to Joe Claussell’s NYC studio. Inside was a round metal reel wrapped with many feet of rolled magnetic tape, and a crumbling “Track Report” sheet from some matter-of-fact day in the 1970s. As Joe ecstatically explained, “When the carrier came to my place with all these boxes, I had an Indiana Jones moment, like when he opens the treasure chest and the glow of gold light shines up on his face. It was miraculous that they were still around, and the history of this stuff is just amazing.”

What you hear on Hammock House are more than mere remixes. Each track was approached and assembled differently, each on its own terms. As Joe says, “Some songs were edited, some were time-stretched… many parts were re-recorded… some new parts were recorded on top.” Furthermore Joe elaborates, “I would listen to these songs and think what am I going to do with that?! A lot of them sounded perfect as they were. But the mentality of the ‘60s and ‘70s, when it came to music, people were just creating as artists – from the soul, from the heart. They took a lot of the technical stuff for granted. They were making music, not thinking about different mixes or anybody touching their art in the future. So I tried to keep the integrity of what’s there. Fania is very sacred to the Puerto Rican and Cuban heritage, so it was important that it get taken in by the right hands.”

The first disc features nine classic Fania tunes from Lou Pérez, Celia Cruz, Eddie Palmieri, Ray Barretto and more all re-worked with the Joe Claussell touch. The second disc is a live continuous mix by Claussell, but not like your average DJ mixing one track into another, Joe states his goal for the mix CD was to create an epic journey that begins in the Motherland (Africa) and moves to New York. “I wanted to do a futuristic mix, where stories are being created with soundscapes and tapestries, and segues work as introductions to each story. I wanted to create bridges through different rhythms, so I worked with my brother (Eddie Palmieri sideman) José, as well as other percussionists and musicians in the studio, to create parts that flow between. I mixed it live with four CD players, effects, and reel-to-reel, then took it into the studio and tightened up some of the levels through editing. I wanted to mix it live so you get more of a human feel from it, to stay true to the texture of this music. And I really wanted it to reflect on the process of working on this whole project. Looking back, I’m honoured and grateful to get to work on such historical music – and music I grew up with.” Never has the past sounded so present. 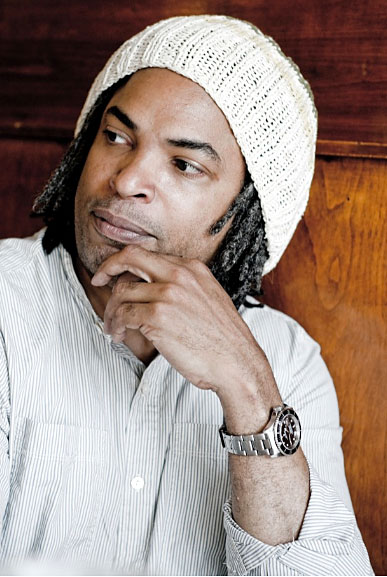 Joe grew up Puerto Rican in New York – or more precisely Nuyorican, with all the simmering, sweltering swirl of identity that comes to pass for a kid growing up with nine brothers and sisters in roiling, toiling Brooklyn. DJ/producer/label-head Joe Claussell is perhaps the most influential and in-demand figure on the New York dance scene since Masters At Work. Responsible for some of the best deep and soulful house NYC has heard, Claussell’s Sunday night Body & Soul DJ gig is one of the most legendary house parties of the ‘90s. Former owner of the landmark record store Dance Tracks, and long associated with the house labels Spiritual Life and Ibadan, they all reflect his deep love for and his eclectic and multicultural taste in dance music. Much of the global dance movement can be traced back to Claussell’s highly percussive style that incorporates Latin, African, Brazilian and other world rhythms with elements of jazz, rock, disco, and live instrumentation.

About Fania
Today Fania is home to more than 200 of the top artists’ catalogues in Tropical music. These artists mixed a cornucopia of styles that transcended the boundaries of traditional Latin music and set the path for the genres of Latin Big Band, Afro-Cuban, Jazz, Boogaloo, Salsa and Latin R&B. They include Beny Moré, Sonora Matancera, Orquesta Aragón, Celia Cruz, La Lupe, Tito Rodriguez, Ray Barretto, Cortijo, Hector Lavoe, Willie Colon, Johnny Pacheco, Joe Cuba, Larry Harlow and Ruben Blades to mention a few. Their more than 4,000 albums from the 1940s through to the 1980s have been carefully documented, archived and placed in a special media storage facility for original recorded media. In addition, Fania has been remastering and reissuing these treasures in digital format, original remastered CDs, box sets and vinyl.