Free and family-friendly, the 02 London Mela is produced by Ealing Council and supported by the Mayor of London and London Borough of Hounslow, with BBC Asian Network collaborating with the organisers to programme the main stage. The festival features some of the best homegrown and international artists, offering something for all generations of every community to enjoy.

This year the O2 London Mela celebrates its 10th birthday and the Olympics coming to London. To mark these special occasions we’re celebrating in spectacular style presenting two large-scale new commissions; The Mela Carnival, featuring hundreds of community participants, jaw dropping floats and live music which will precede an evening classical concert with fireworks. The concert will feature one of the world’s greatest orchestras, The Philharmonia in ground breaking collaboration with Jaz Dhami and Bhaven Centre Indian classical musicians.

This year we are also proud to be hosting the Mayor of London’s Eid celebrations. The Embracing Eid Stage will feature a range of talented Islamic artists and performers. 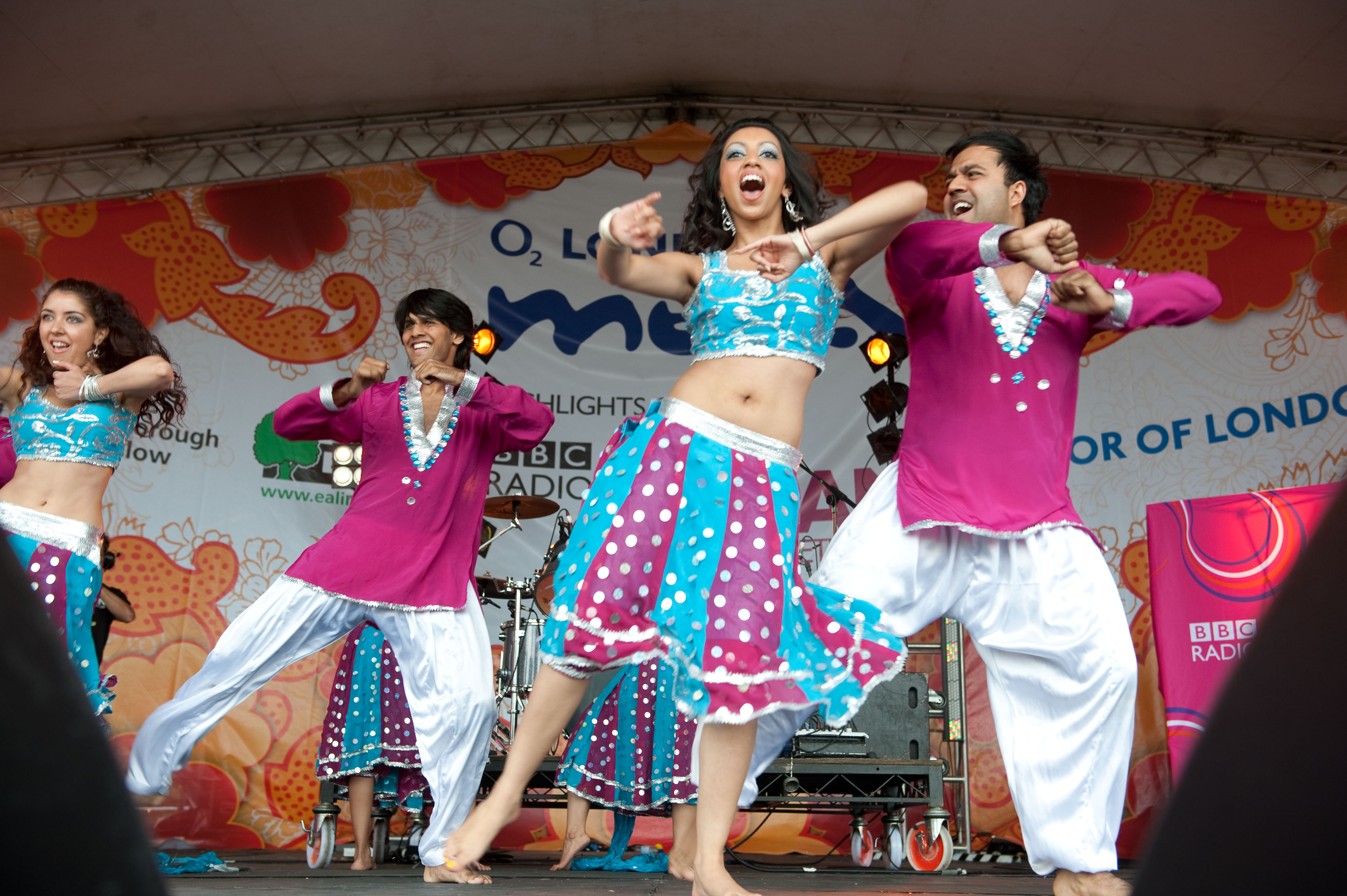 Jaz Dhami: After the huge success of his debut album, Jaz Dhami hits the main stage with tracks from his second “as yet untitled” album. Producers featuring on the album include Honey Singh, Zeus, Aman Hayer, Tru-Skool, Eren E & Tigerstyle.Jaz will also be collaborating with the Philharmonia Orchestra at this year’s London Mela in what promises to be a once in a lifetime experience. 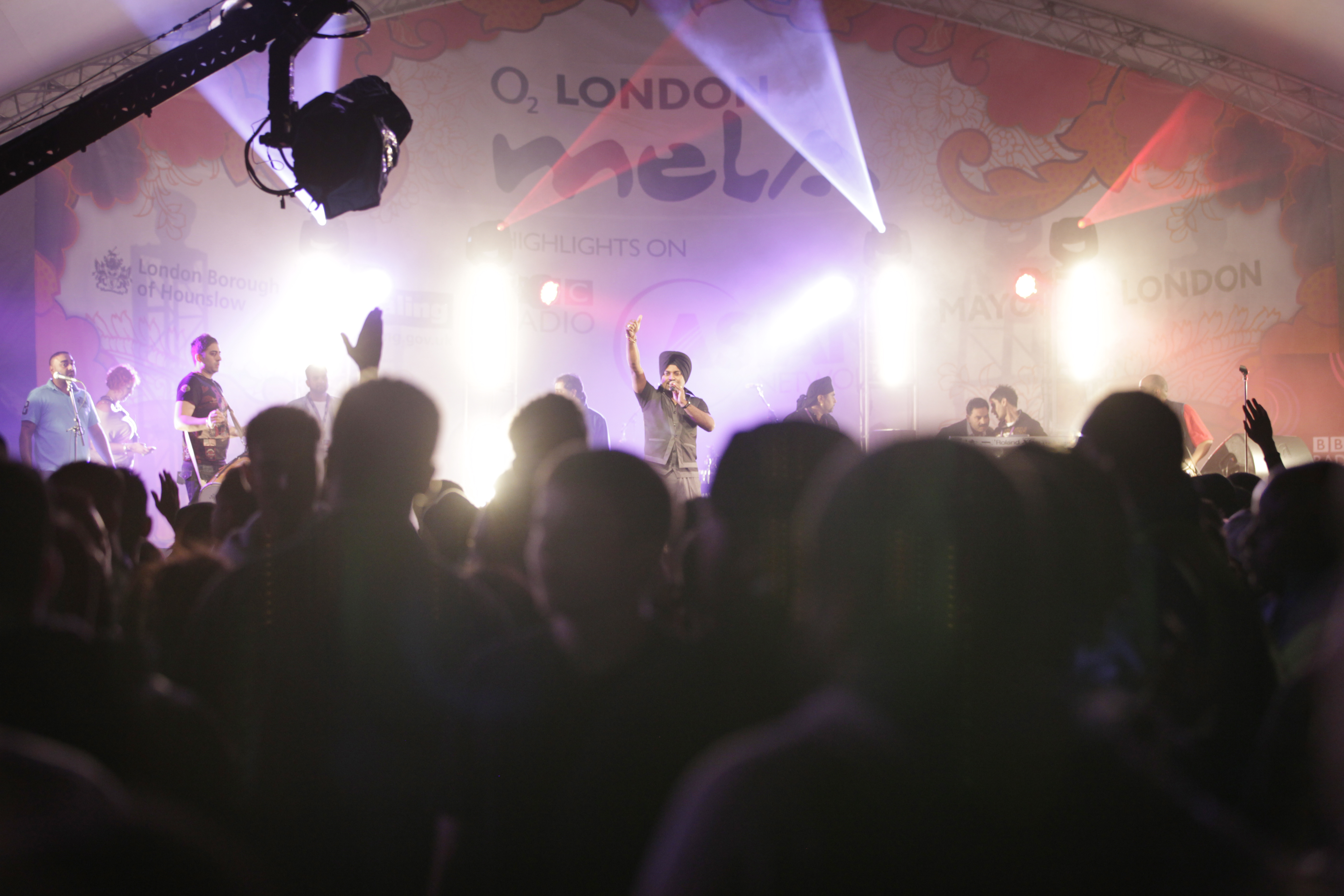 The Philharmonia Orchestra will be performing the London premiere of “Indra”, composed by distinguished onetime local resident Gustav Holst, as well as collaborating with The Bollywoood Brass Band, Jaz Dhami and Indian classical musicians from the Bhavan Centre performing two movements from Ravi Shankar’s “Symphony”.

Conductor David Murphy says, “I am looking forward enormously to taking part in the London Mela’s 10th anniversary celebrations with the Philharmonia Orchestra and am really excited to be giving the London Premiere of Gustav Holst’s Indra in this context, alongside the fantastic new Symphony by Ravi Shankar plus some musical surprises!”

The Mela Carnival – featuring London Mela commissions The Guruda, and In the Doldrums – plus motorised Elephant and Turtle floats, hundreds of community participants as well as live music from the Dhol Academy and the Bollywood Brass Band. The Mela Carnival will also feature contributions from the embassy of Nepal.
The London Mela Carnival is produced by long-term collaborators, Emergency Exit Arts, the established London-based outdoor arts and carnival specialists.

Red Poppy, aka Beijing Red Poppy Ladies’ Percussion Ensemble are being flown in specially for the period of the Olympic games. Red Poppy’s unique artistic style combines traditional and contemporary musical influences, maximising the drama and colour of Chinese and western drumming to create an audio-visual extravaganza that shakes the stage and the senses. 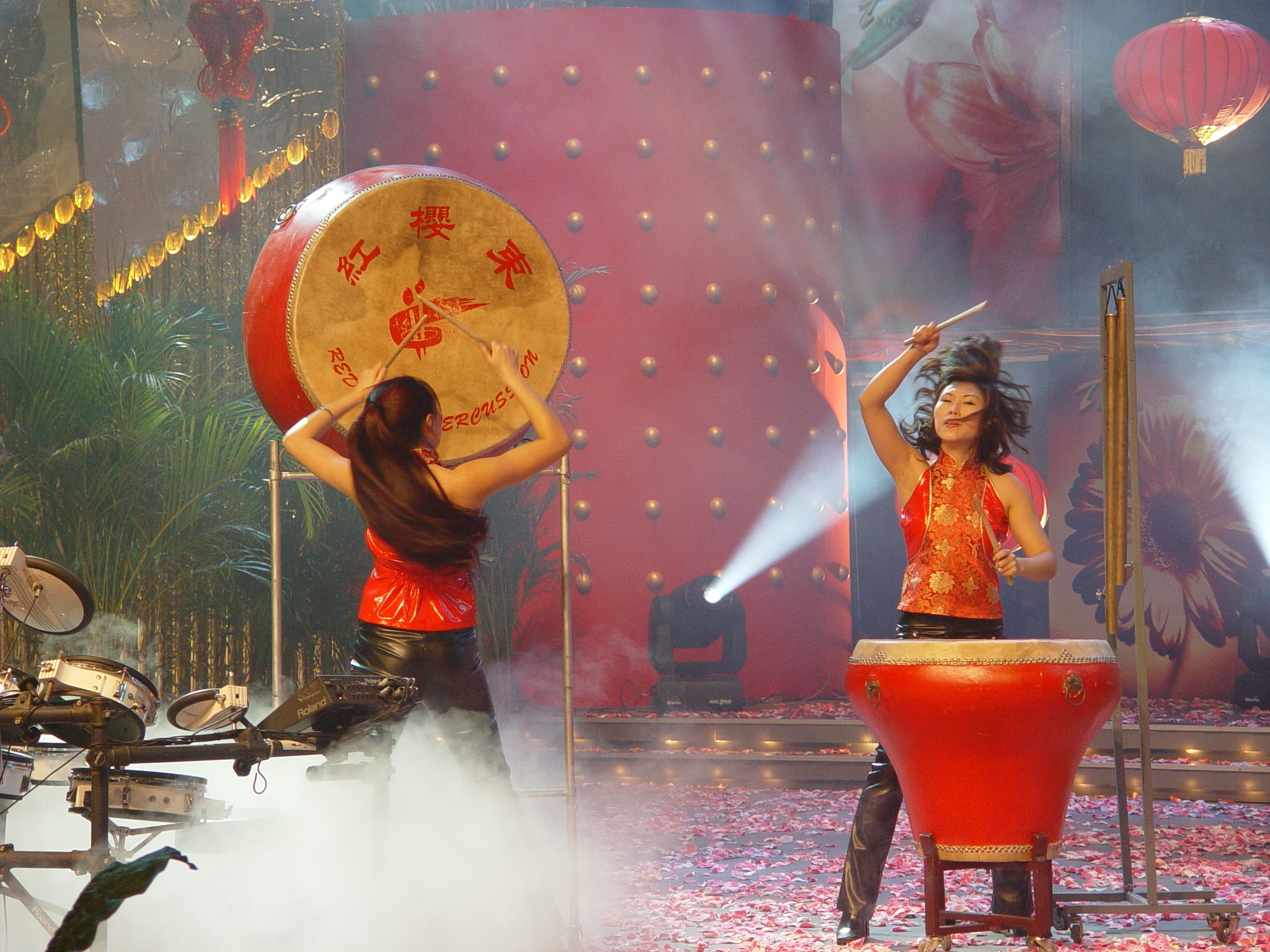 ‘I’m delighted to once again be supporting the London Mela, a wonderful celebration of Asian culture in all its rich diversity. It promises to be even better this year and with the Embracing Eid stage will attract a wider audience. With the eyes of the world on the capital for the 2012 Games, this colourful family event will be a sparkling addition to the unprecedented series of free events taking place across the capital throughout the summer.’

The O2 London Mela is produced in partnership with BBC Asian Network, BBC London and BBC Introducing, with programming by Nutkhut and supported by the Embassy of Nepal.

The Mela Carnival and the concert by The Philharmonia Orchestra are supported by Arts Council England.

The event is sponsored by O2 and Khukuri.

Regular updates will be posted online at www.londonmela.org please check the website for details.

The London Mela is produced by Remarkable Productions who produce extraordinary arts events and festivals www.remarkableproductions.org