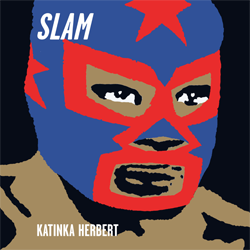 (Lucha Libre Superheroes of the Ring)

Published by: To Hell With Publishing

A few years ago the best known example of Lucha Libre (literally free wrestling, and based on daring acrobatics and spectacular soaring manoeuvres), was the film Nacho Libre starring Jack Black and featuring luchador Silver King in the role of Ramses. But since then troupes of luchadores have visited London and been featured everywhere from The Today Programme to The Paul O’Grady Show to Channel Four News and the Daily Star and picking up fans such as Tim Burton and Jonathan Ross along the way.

What the media said about Lucha Libre London debut:

“A spectacle that’s more akin to a rock concert cranked to 11 than your standard British wrestling event. Viva Lucha Libre” Time Out

“Forget the bloated perma-mulleted world of WWE wrestling, with its over-hyped contests and staged soap opera theatrics. The most exciting form of the sport on the planet is from Mexico. Where else will you find fighting midgets, feuding transvestites and masked muscle men, all engaging in a ferocious mix of acrobatics and showmanship.” Arena

“The wrestlers – all genuine athletes with some impressively acrobatic moves – seemed to relish the opportunity of showcasing their skills to a new audience, and I for one hope they return to these shores again soon.” The Sun Online

“Muscle men with directional outfits. What could be better?” Gay Times

Most luchadors wear elaborate and unique masks which create mystique and express each unique personality making these warriors appear more than mere mortals when in the ring. Lucha Libre is now part of the zeitgeist with men in masks disportingthemselves in TV adverts and as dancers with Britney Spears.

Renowned photographer, Katinka Herbert, is obsessed with men in tights and masks and has spent the last 8 years travelling backwards and forwards to Mexico documenting the greatest legends of this extraordinary sport. Finally they have all been captured by her lens and comprehensively collected in “Slam”.

Katinka has immortalised the icons of the genre: El Hijo Del Santo, aka El Enmascarado de Plata (The Man in the Silver Mask) and Blue Demon Jr; the goodies aka tecnico luchadores, usually the good guys armed with sophisticated, silky skills; the nasties, or rudo luchadores, usually the villainous, aggressive, less cultured warriors; the cross-dressing exoticos exemplified by the self-styled Queen of the Ring, Cassandro, in all his primped and perfumed pomp; the mini-stars mini estrellas as well as female wrestlersknown as Luchadoras.

For more information or to request an interview with Katinka Herbert, please contact gerry lyseight via 020 7095 8146 / gerry@glpr.co.uk / www.gerrylyseight.co.uk

Why I took these photographs

Maybe this is why I’m drawn to the comic farce of Lucha Libre, where the crowd bays for blood as pit-bull men in neon underpants and hand-knitted sequin leggings grapple each other, like that iconic fireside wrestling scene from Ken Russell’s Women in Love.

Yet the odd thing is, they wear masks. Here I am, a photographer, fascinated by what I can’t see rather than what I can. But it’s still there, in the eyes, as all portraits are. Their relationship to the camera is one of trust. As I hide behind my lens, their character emerges as if less conscious of my presence. They perform. It’s in their bones, beaten over time and worn on the face, never to be seen. Beneath this veil they are a mess – each forehead a riot of scar tissue, a trophy to a life of self-harm.

For eight years I’ve been in and out of the ring; their dressing rooms; their homes, and their alter ego lives to document these modern day gods of Mexican society. Along the way, I’ve seen an elephant hit a bus on the highway; met midgets who were later drugged to death; eaten Cool Hand Luke eggs with Ultraman at his doily-lace table with his good lady wife at our beck and call in her pinafore dress, and confessed to a priest who fought in the ring to fund an orphanage. At times it’s felt like being in the dark soul of a comic strip, a cult of glorious contradictions: macho and camp; overt and covert; kitsch and high art; fighting Clangers and influential statesmen.

To be a part of their world – to rifle through their wardrobes and to see how they hold a country of 109,000,000 together – has been an education. It has revealed as much about the human psyche as my assignments in the aftermath of Venezuelan hurricanes or reburial ceremonies and circumcision rituals in Madagascar. These remarkable men have taught me what makes a luchador. To borrow the words of legendary wrestler Dorrel Dixon, the luchador embodies “the endurance of a marathon man, the agility of an acrobat, the strength of a weightlifter, the mental reflexes of a chess master, a psychologist, philosopher and psychoanalyst all in one, and the most compassionate murderer alive.”

My grandfather would agree, he spent time inside the ropes and inspired me to box. With six sisters and three brothers, I had to. With a young son who wants to take on the world, I still have to.

Katinka Herbert is a respected international photographer, whose work regularly appears in national titles including the Guardian, Observer, Telegraph, Food Illustrated and Dazed and Confused. She started out as a reportage/travel/portrait photographer moved into music and shot album covers for Island and Atlantic. Katinka currently works in portrait and fashion, most recently alongside Casely-Hayford. This is her first photography book.